I started my career in millinery in Adelaide, South Australia, in the early 90’s, while making bridal wear. Most bridal party dresses takes 3 months or more and several fitting to complete, usually attended by the Mother of the bride. This led to catering for the Mother of the Bride, and the need to create matching headwear to compliment her outfit.

After studying at TAFE (Technical and further Education) I then went on, some years later, to teach at the same tertiary Institution.

I am truly gratefully to have had tuition from some talented Milliners who have been in the industry for many years, and were making hats during the times when hats were worn every day.

One in particular is Gwenda Baker of Adelaide, who has been a teacher of Millinery for many years prior to her retirement. Gwenda still keeps her hand in by judging hats for our Royal Show and other competitions and has recently been inducted into the Australian Millinery Hall of Fame. Rick McGill, who is credited with the headwear shown in several movies and stage productions including ‘Moulin Rouge’ and ‘Star Wars' also taught me and instigated my teaching position at TafeSA. Other Milliners have also had an influence on the career I enjoy so much.  Jean Carroll of Sydney, renown for her theatrical hats, and Marie O’Regan of London, recipient of a  Royal Warrant for her services to Her Royal Highness Queen Elizabeth 11 are among them. 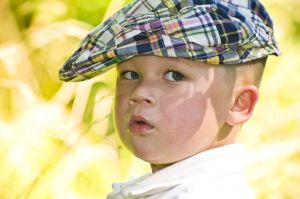 In 2003, I and four other South Australian Milliners, organized and hosted the inaugural "Hat Off-" Millinery Convention in Australia. This was such a success, that it has become a biannual event, which attracts anything up to 150 delegates and tutors from all over the world. From these Conventions I have gained heaps of knowledge and techniques and look forward to the next one in 2010.

While I would never say that I know everything about making hats, it is my passion and I believe I have much to offer from my years of gaining knowledge about this rewarding art. The thing I enjoy most is the ability to create all sorts of weird and wonderful creations and being able to get away with it.  Making garments has a restriction that Millinery doesn't have, and that freedom enables the design juices to flow.  It gives me a real "Buzz" to find  customers who have confidence enough to wear my more creative designs, not to mention the more conventional ones.

My hats have been worn by many women with celebrity status, and all over the world, including America, Dubai, Scotland, and to Royal Ascot in UK.  I am proud to say that on two occasions, my hats have been chosen as finalists at the Melbourne Cup Fashions on the Field. I have recently been commissioned to produce the 2008 Spring Collection of hats for George Gross and Harry Who, well known Australian designers.

As you browse through my web site you will find photographs of the hats that I have made.  As an educator, I am happy to share the knowledge and the techniques used, and in doing so, I hope that you will learn something about the art of Millinery, for which I have an absolute passion. I would, however, ask that you use the photographs as an idea, rather than copy my creations.

Because we are continually learning new techniques, discovering new materials and coming up with new ideas, I plan to continually add to this web site, so I hope you will return to this site regularly to see what I have to offer.  Or better still if you have any questions, you can email me below and together we may be able to address your hat making technique request.